H&H Orlando’s tattoo artists come to us by many paths and having Jeremie stay with us for nearly four years has been good fortune both for H&H and for tattoo fans throughout Orlando. All artists have a personal history with their art form and Jeremie has shared some of his from his first tattoo to pieces done by other talented H&H Orlando tattoo artists!

While most of Jeremie’s tattoos are meaningful to him, some, not so much. When he was younger he was really into tribal tattoos but now he is in the process of covering them up because they don’t mean much to him. His very first tattoo was a tribal arm band that is now covered up by a koi dragon on his right bicep. The tribal tattoo on his leg was one he did himself while he was learning.

The majority of his tattoos are inspired by Japanese and Tibetan art. Though many are Americanized, it’s the imagery that attracts him to this form. He has a particular love for tigers because of the Japanese symbolism involved - tigers were considered mythical beings associated with power and protection. The first piece that H&H Orlando tattoo artist JC ever did for Jeremie was a tiger.

Jeremie spent some time in the Marines and while in Thailand, he decided to get his whole right arm inked from his koi dragon down. He did the art himself, which he then gave to "a little Thai guy" who tattooed the entire design in one session. He also has a dragon tattoo on his chest that matches the design worn on the artist who taught JC how to tattoo.

Other H&H Orlando tattoo artists have worked some of their magic on Jeremie. Aside from the tiger that JC did on Jeremie’s back, Cool-Aid gave him a Buddha head tattoo, a favorite symbol in Tibetan culture that represents tranquility. Jeremie knows that a lot of his personal tattoos are not quite finished and he needs to get back in the chair soon!

To learn more about H&H Orlando’s tattoo artists, visit our artist page. If you’re ready to make a little history of your own, come on by the shop or schedule an appointment with Jeremie or any of our other skilled artists today! 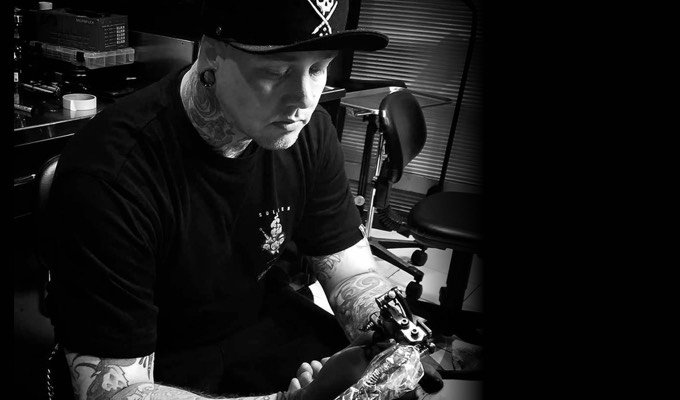 Right from the beginning.

For Jimmy, there was no chance he wasn’t going to be a tattoo artist.
Continue reading 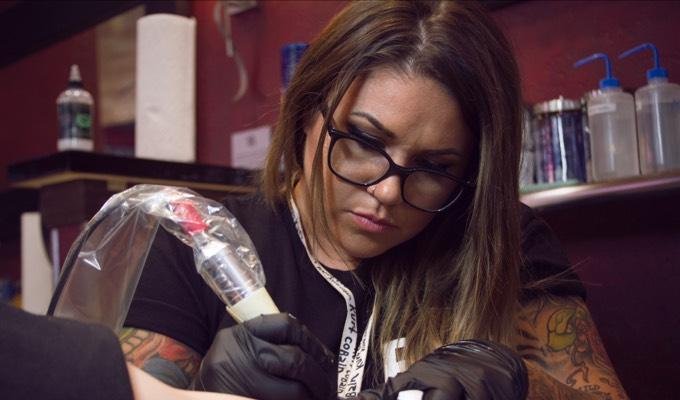 It all started with the 101 Dalmatians.
Continue reading